Article by Chris Priestman for the e-magazine KillScreen.

New dark ambient album can only be listened to inside this virtual world.

The advert lady on Spotify just told me that, as music is so easily available now through streaming services, it doesn’t matter what you’re listening to any longer but how you’re listening to it. This is Spotify’s attempt to boast that it’s setup to let you listen to music how best suits you. You might be lounging in a boutique, jogging with earphones in, or dancing around your kitchen while cooking tea. Spotify has you covered, apparently. Yawn. There’s more to listening to music than convenience, isn’t there, Spotify? You go to a concert in a large hall with hundreds of people to listen to a band play for the specific experience that cultivates; the sweat, the enthusiasm, the vibrations of the music created live right in front of you passing through your body.

The construct of the concert space seems to be at the heart of the latest album by Argentinian drone music project Termotank. However, this space is virtual rather than physical, having you move slowly through a doomscape where dark mountainous spires serrate the moonlit sky like fangs. This is the only way to experience the album. Don’t ignore the significance of this limited setting. Termotank has a Bandcamp page where its other albums can be listened to. But this latest one, called Fernweh3D, isn’t available there. Termotank also plays festivals around Argentina and Latin America but Fernweh3D isn’t there, either. You have to download a file and enter a 3D virtual world, exploring the dark alien crags to discover the specific location of each track, signified by a fiery orb floating in mystical wonder.

The reason why Termotank has decided to deliver its new album like this is apparent when you’re in there. All of the spaces in Fernweh3D are designed specifically to fit the song they’re married to. Often you’ll see some form of entrance so that the approach becomes part of the eventual listening procedure. One song location is preceded by rocks carved as if welcoming pillars with purple flames dancing atop. Another has a transparent yet veiny bridge to cross before reaching a jaw of rock. A personal favorite has you almost get lost in a cluster of large needle-like stalagmites (without the necessary cave) where a green orb rests in a circular clearing at the center.

You get to these places and you stand there, listening. If you venture outside of a certain circumference of the orb then the music fades away. And so, stuck in these confines, it becomes natural, at least for me, to see how you can frame the visuals to fit the extraterrestrial ambient composition oozing out. The 3D world around you is primed for it. Theatrical clouds of smoky gas hang in the troposphere while in the distance sits a postcard-worthy sight of a glowing moon resting eerily behind a peak. Add to that the orbiting rock formations and gnarled trees and you get a scene that begs for a camera’s frame.

My impression is that Fernweh3D comes in this format so you can invent a spatial connection with the music. We do this with all music: Erykah Badu’s New Amerykah Part Two will forever be my university dorm, and practically every Sikth song is the stained hardfloor of my teenage self’s local mosh pit. But Termotank has engineered it so that this memoried location is the same for all listeners of these new tracks. The title of the album further suggests that Termotank wants us to become intimate and perhaps fond of this virtual world. According to the PDF that accompanies the album, “Fernweh” is a German word that means “being homesick for a place you’ve never been.” Whether that’s true or not matters less than what Termotank believes it to mean. 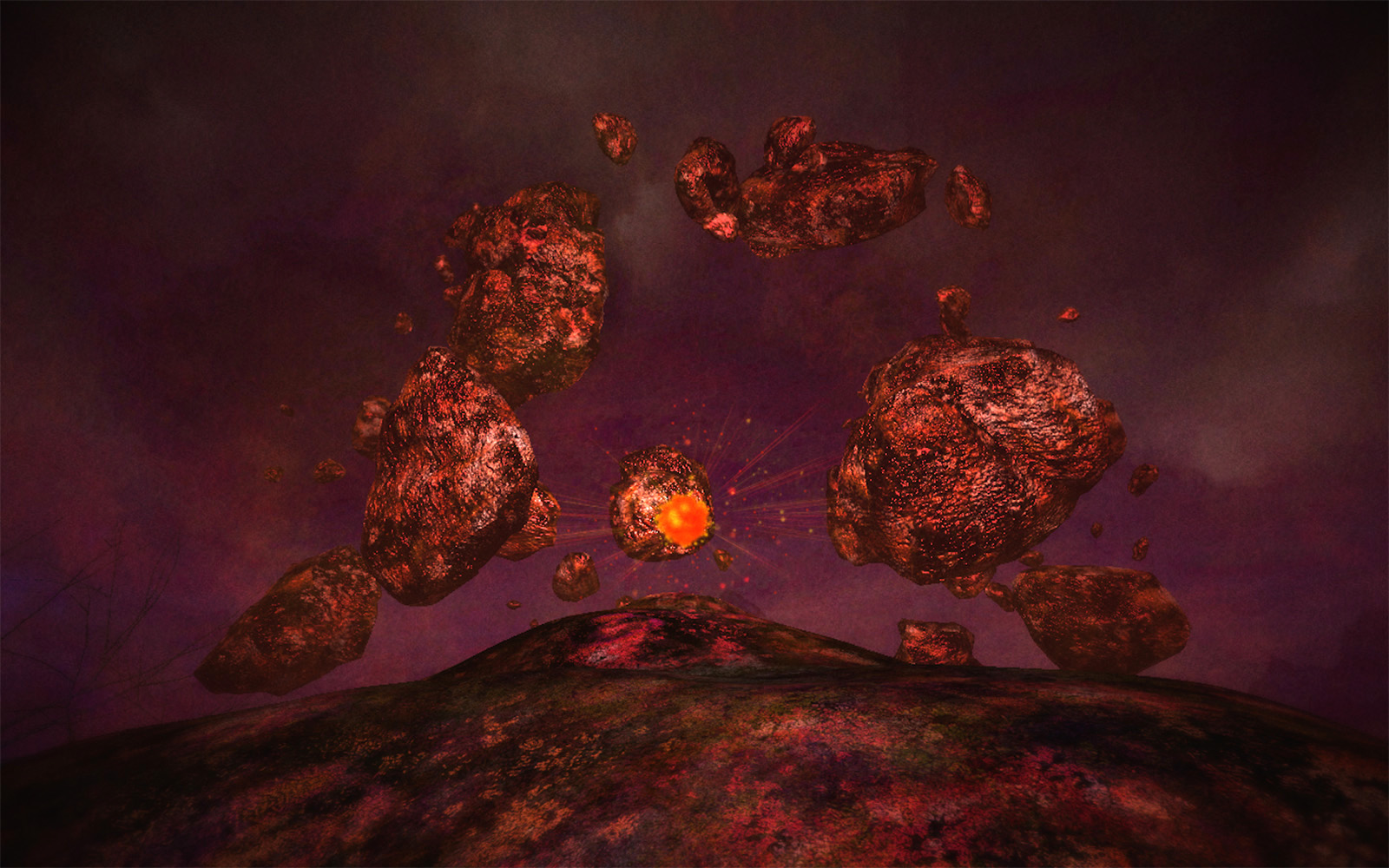 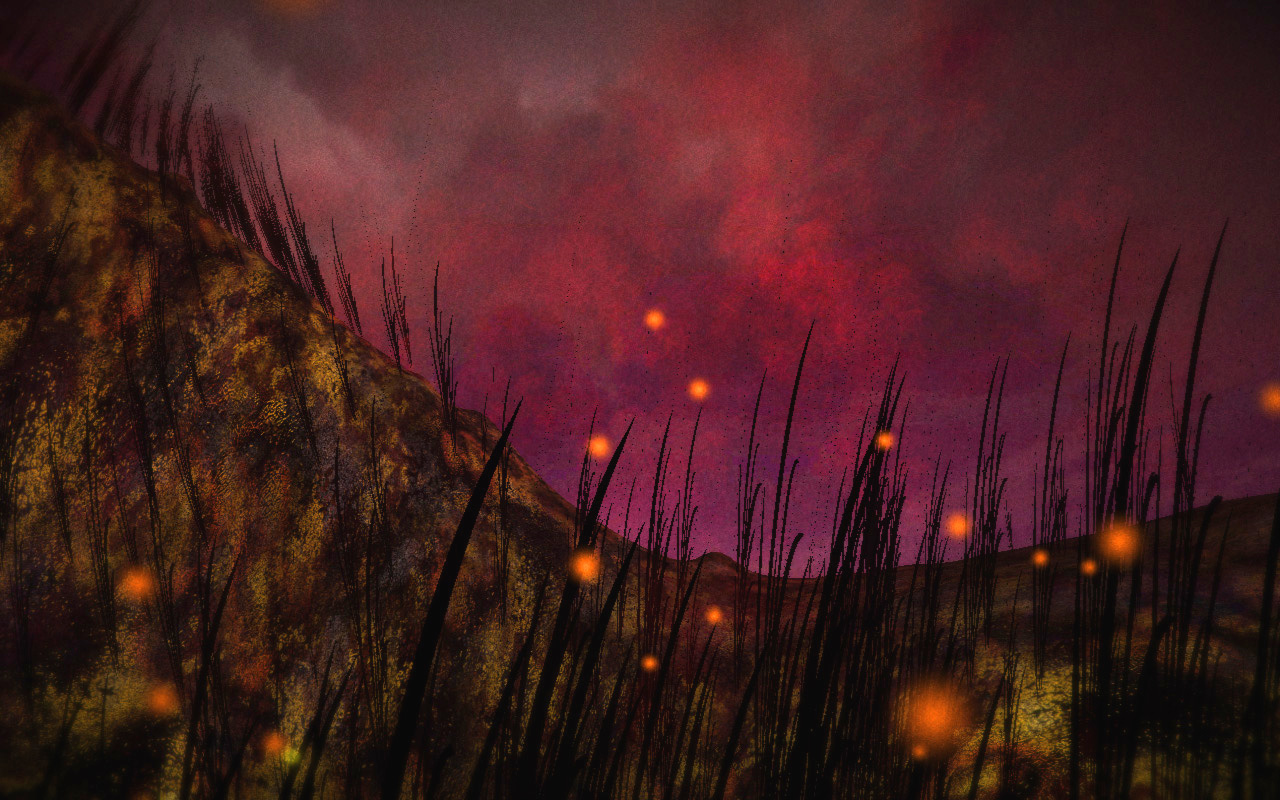 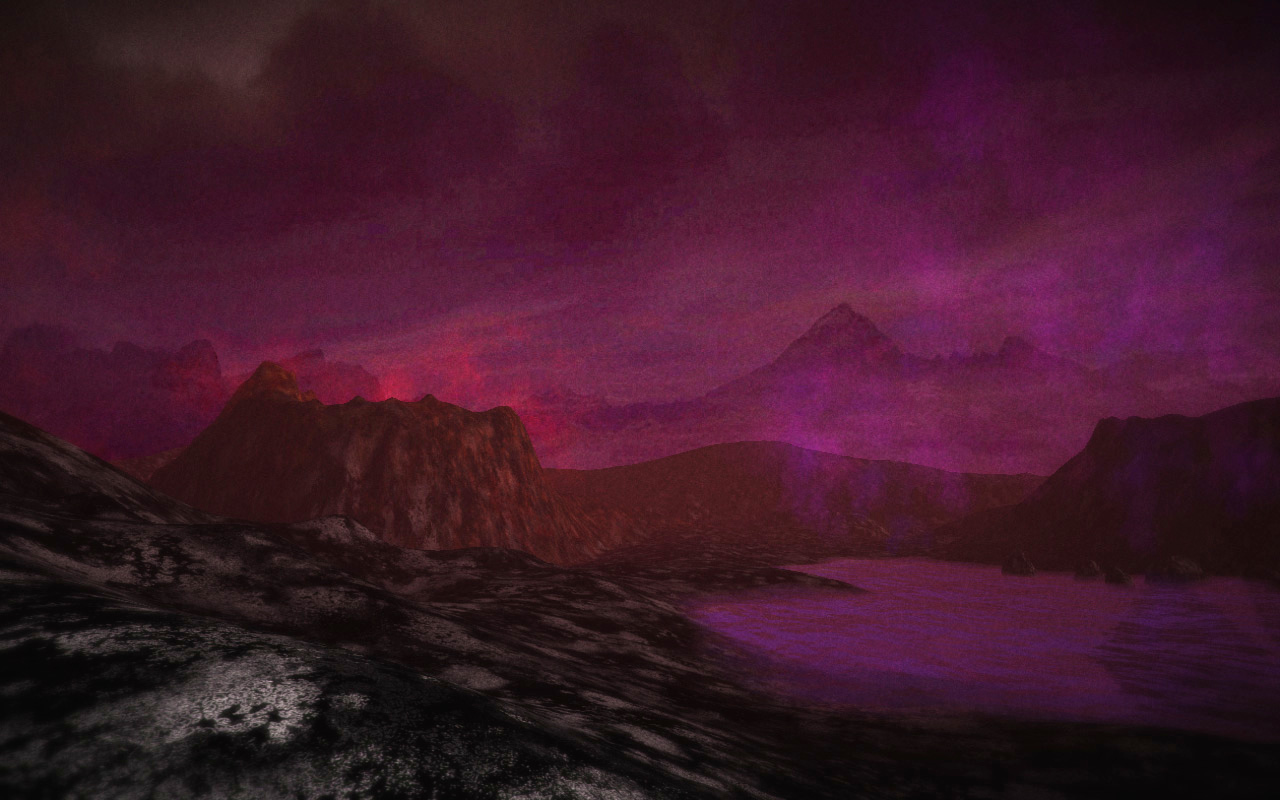 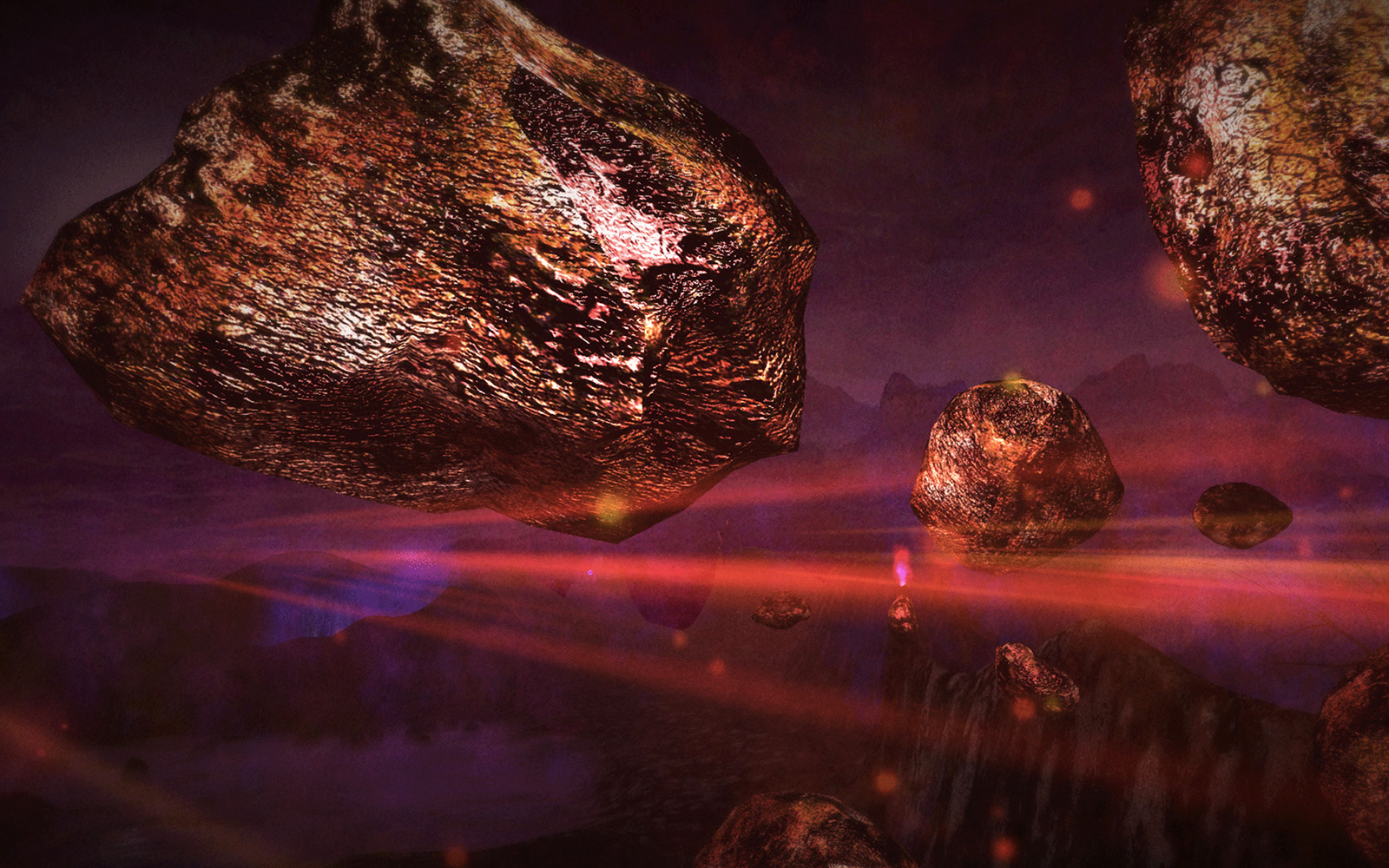 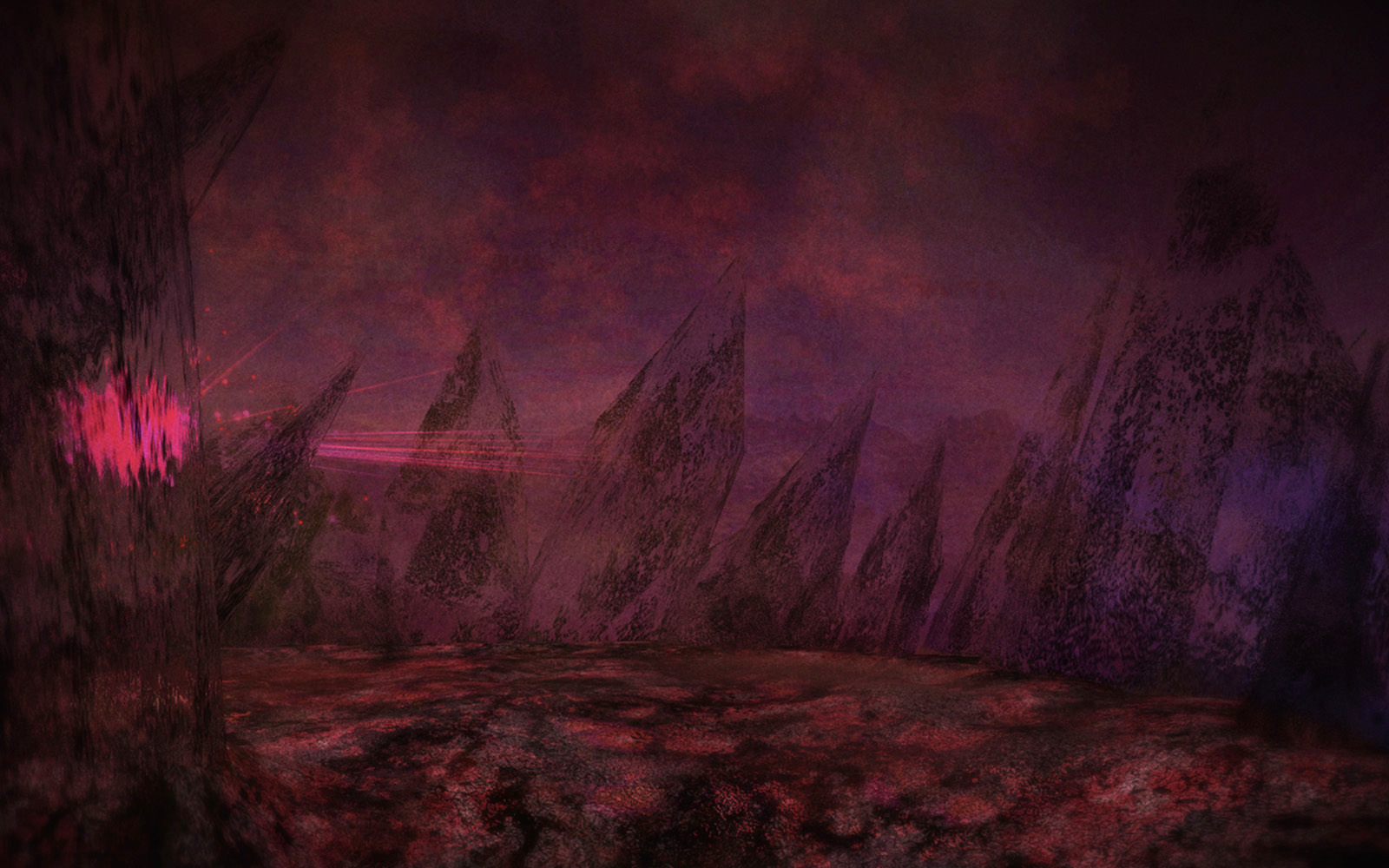 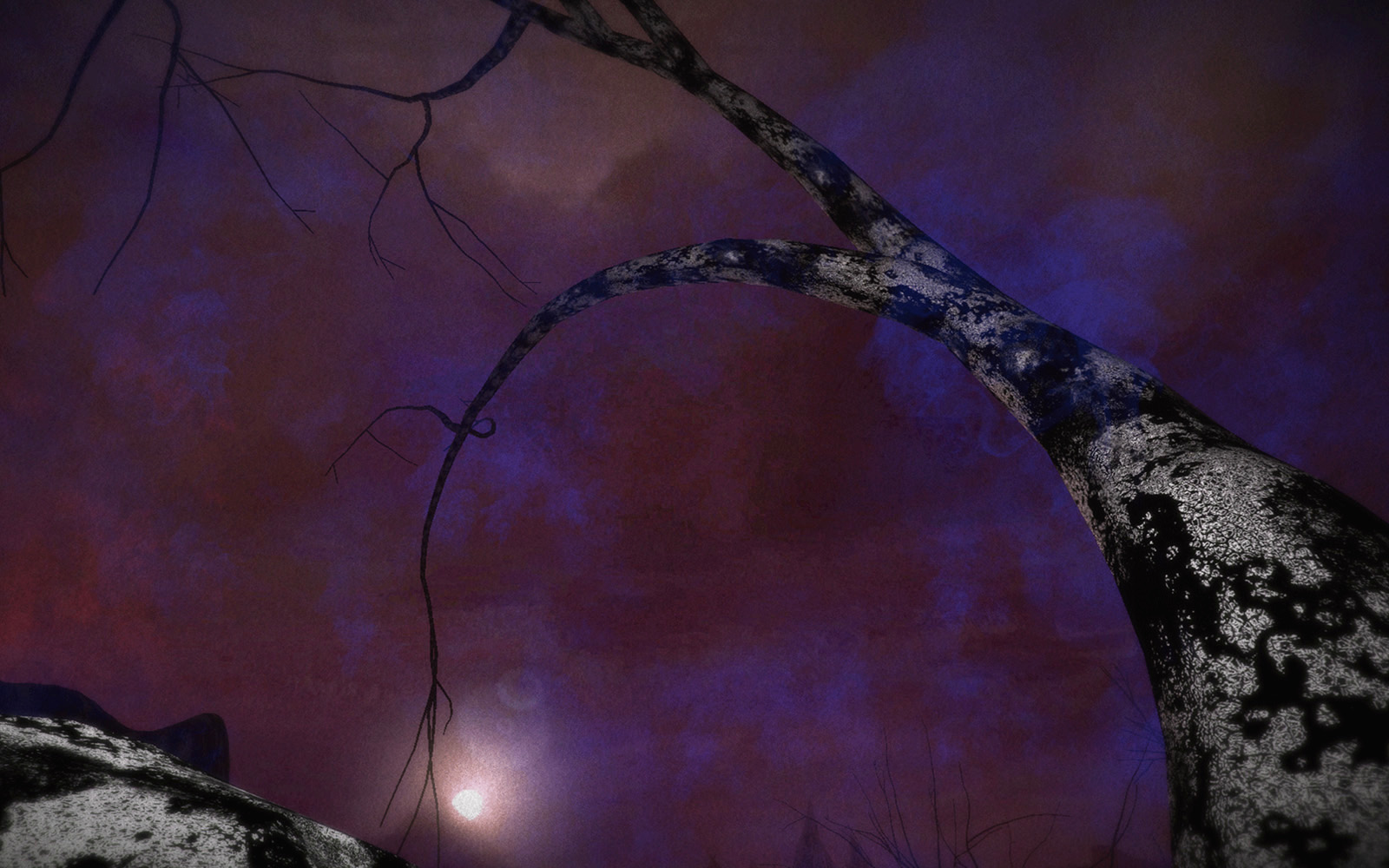 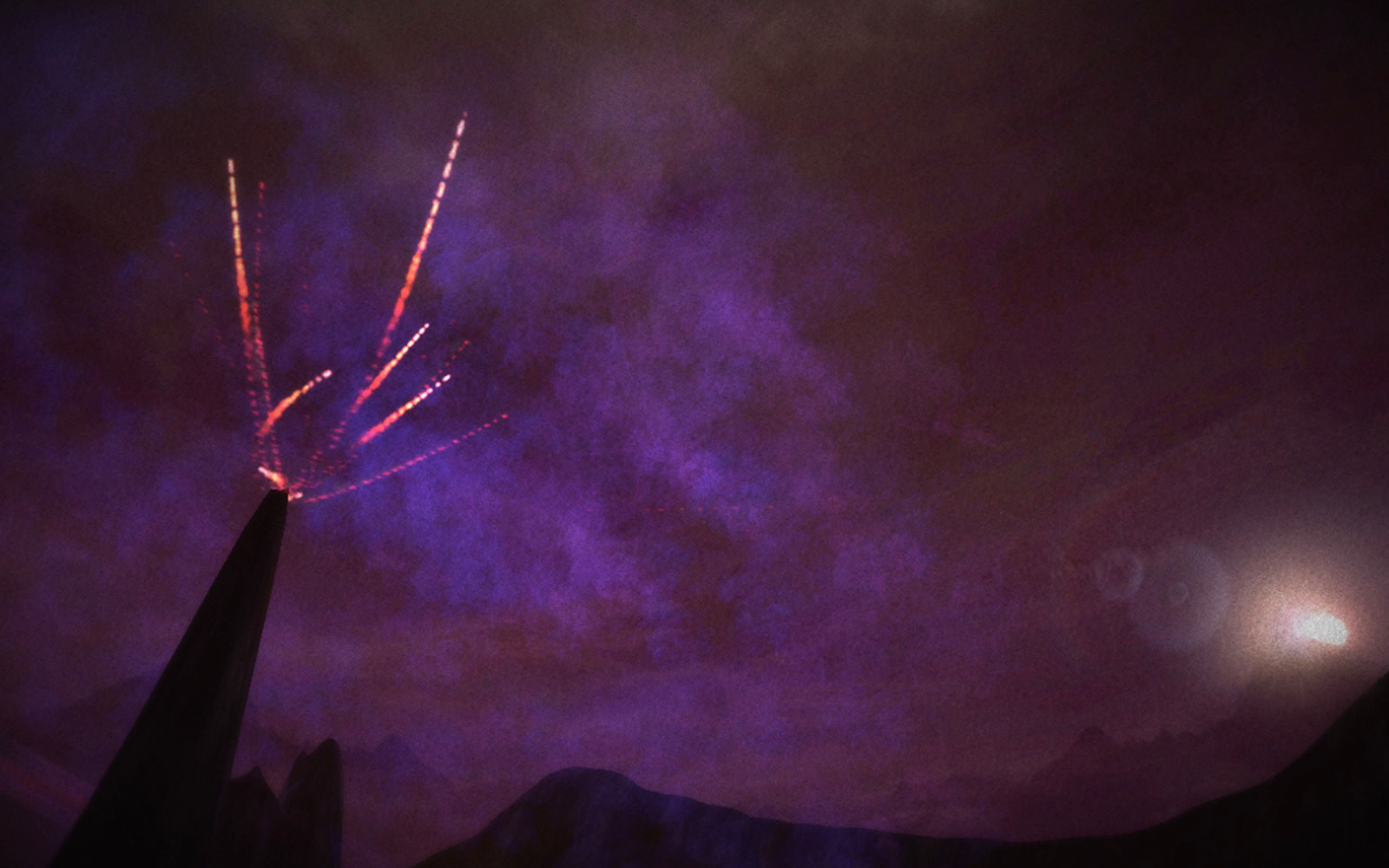 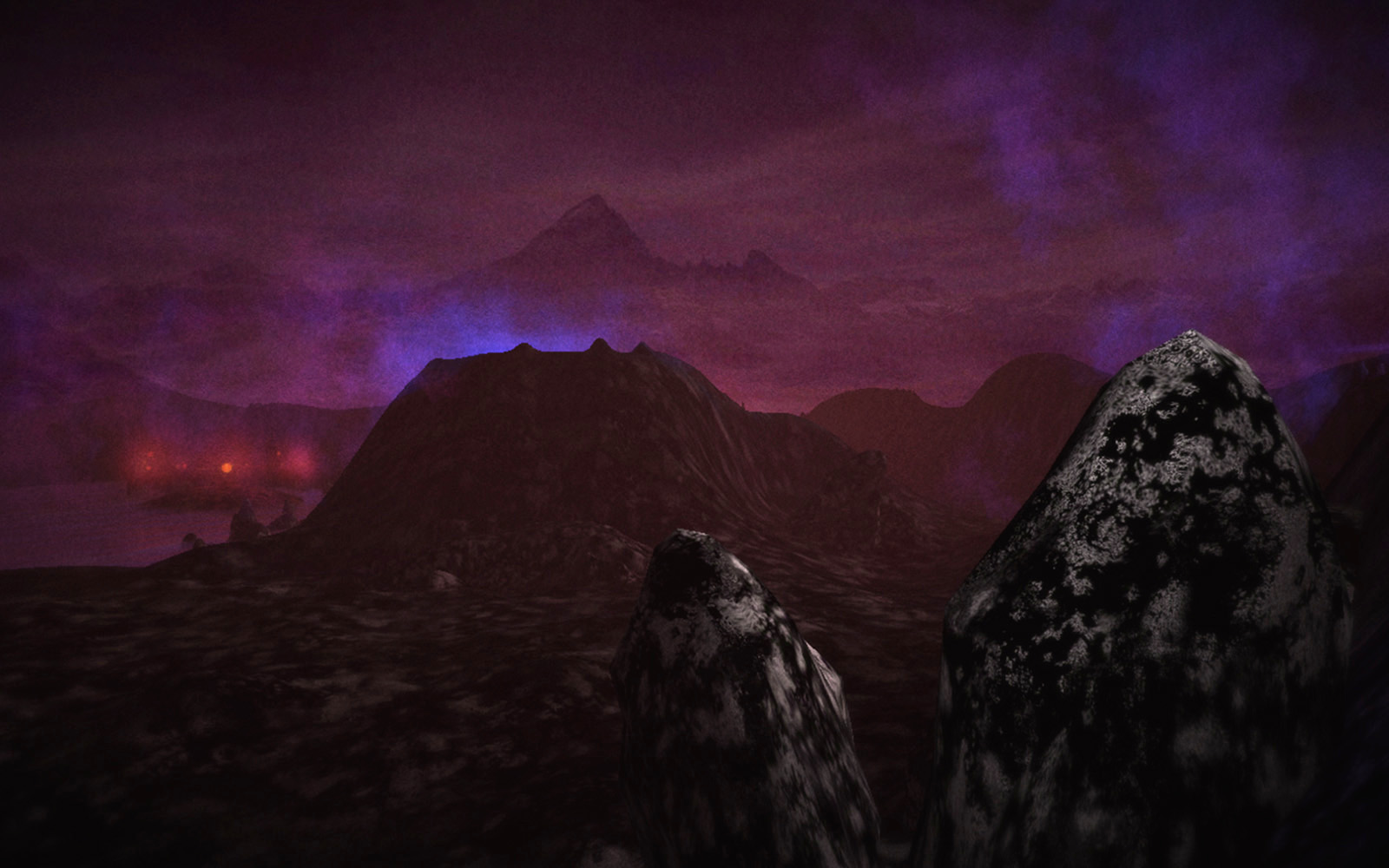 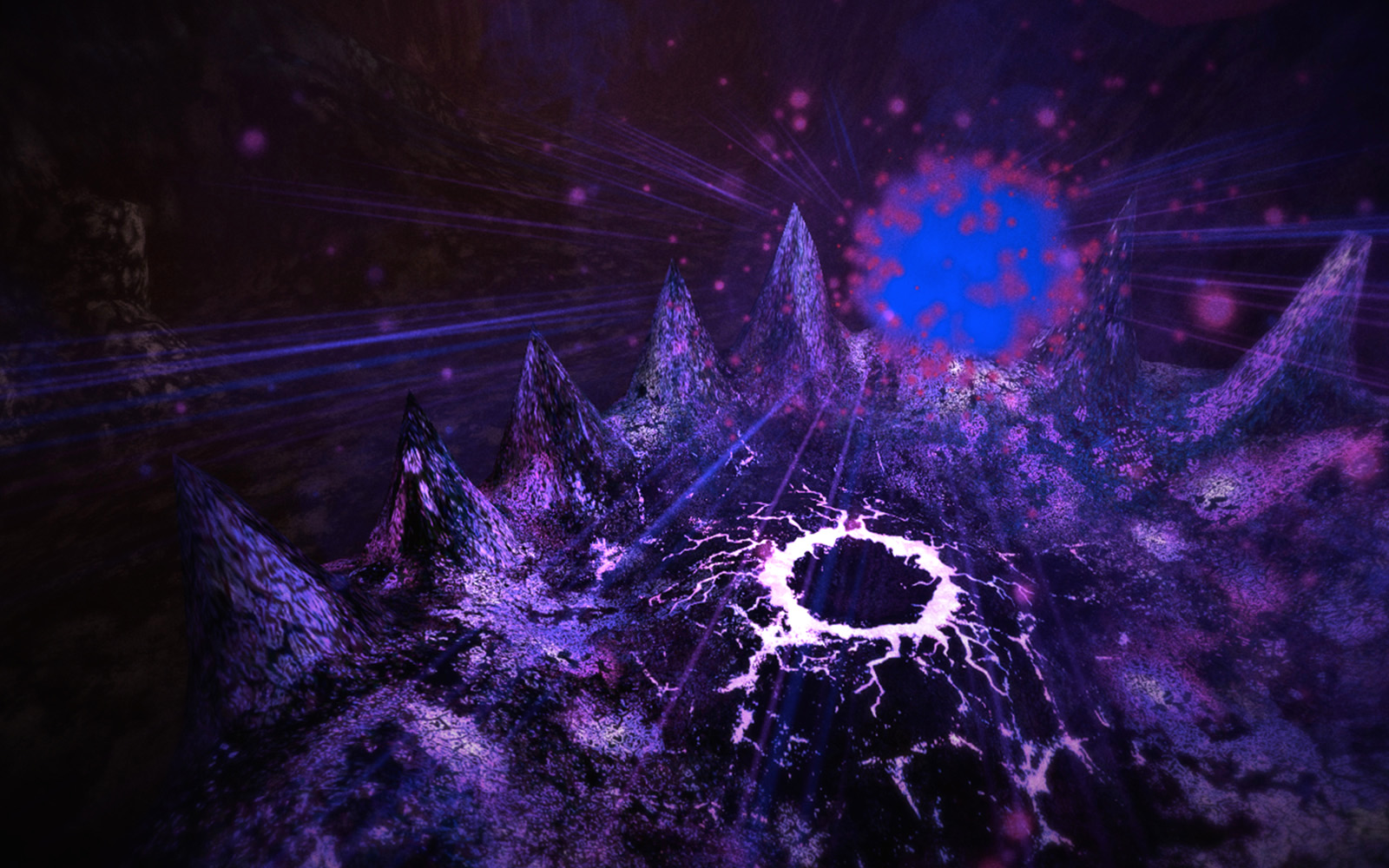 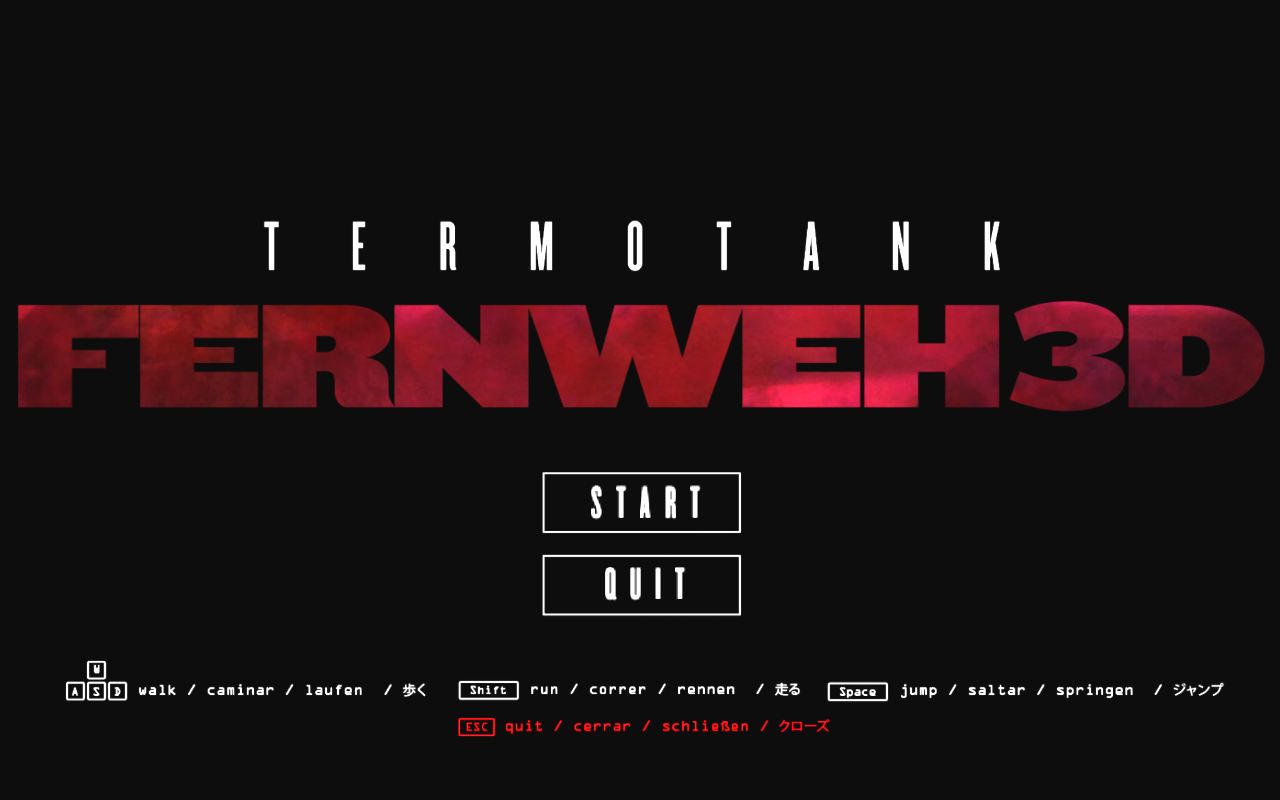 Fernweh is a German word used to describe a feeling of nostalgia, alienation, estrangement and uprooting for a distant and unknown place.

This word exists only in the German language and can be simply describes as beeing homesick for a place you've never been.

Fernweh3D was released for Mac, Windows and Linux.
Download it here.